Showing posts from November, 2016
Show all

A little playing around 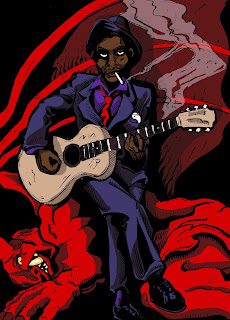 So, I've been going through some of my older work and giving it the colour treatment. Daisey does most of my colour work but I do like to play around with the tools a bit. Here's a few of my older pieces that appeared on this very blog some years back that received the colour treatment. I've got some ideas brewing, hehehe. Let me know what you think!
26 comments
Read more 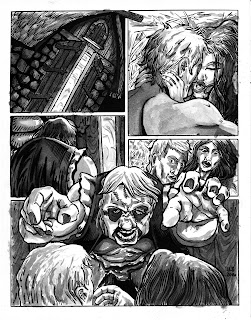 Heya gang, long time no see. Why? Well, mostly because I've been busy as all get out and haven't had much time for social media other than Facebook. The day job and family are big responsibilities. However, I've also been crazy busy doing artwork for the Astonishing Swordsmen and Sorcerers of Hyperborea. The Kickstarter for the second edition hardcover just wrapped up. It funded at over 400%! There is a lot of gorgeous art in this book, of which mine is just a part. I feel as if I've grown artistically with this project. It has been a long time in the making and I still have another eight or ten pieces to do for the book, however, it has been a rewarding experience. I would like to say thanks to Jeff Talanian for giving me a top slot on the art chores. Also thanks to the rest of the team. It is a fantastic lineup (literally) with the likes of Rus Nicholson (of Fiend Folio fame), Val Semakis (a kick ass comic book artist who did some stuff for Conan), Peter Mullen, Del T
5 comments
Read more
More posts